I am white.  I grew up in a small town in Iowa and didn’t meet a black (or Latino, Indian, Asian) person until I went to college.  I then played football with black guys.  Sure they acted differently than me, but so did the white guys from New York and California. They were different, not better not worse.

Here are some things that happened during my high school teaching years:

Here is a snippet from that article.

That is why Black people are in such pain right now. The deaths are bad enough. But having the feeling that nobody will ever actually be held accountable for the deaths is so much worse. And then watching as the police union, the media, and conservative politicians team up to imagine scenarios where the officer did nothing wrong, and then tell those of us who are in pain that our pain is wrong, unjustified, and all in our heads just serves to twist the knife.

The Presidential election of 2016 is the most important one in decades because the next President of the U.S. will be appointing probably 4 Supreme Court Justices.

Those appointed to the Supreme Court will impact our nation for the next 30 or so years. Who is President will be president for only 4 or 8 years. The Democratic nominee must win, for the sake of our nation.

The New York Times poll this week indicated that Trump and Clinton are tied.  All people of good faith: please do everything you can to see that a Democrat is elected to the Presidency, and to the House.  We have no Senate race this election but I’m praying that other states that do, will elect a Democrat to the position.

Our nation has a better economy when Democrats are in power.  Don’t let the party of “borrow and spend” put us deeper in debt by giving them power to go to war again like they did when GWBush was President.

We are currently at the Todd County Fair.  Here are some pictures from Thursday. 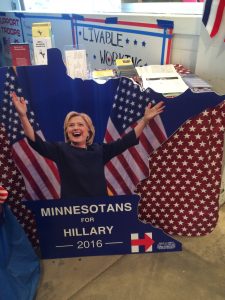 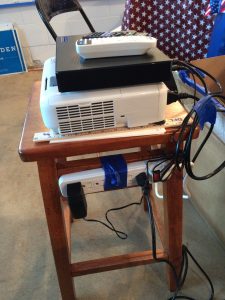 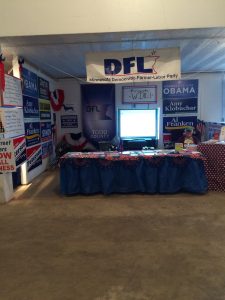